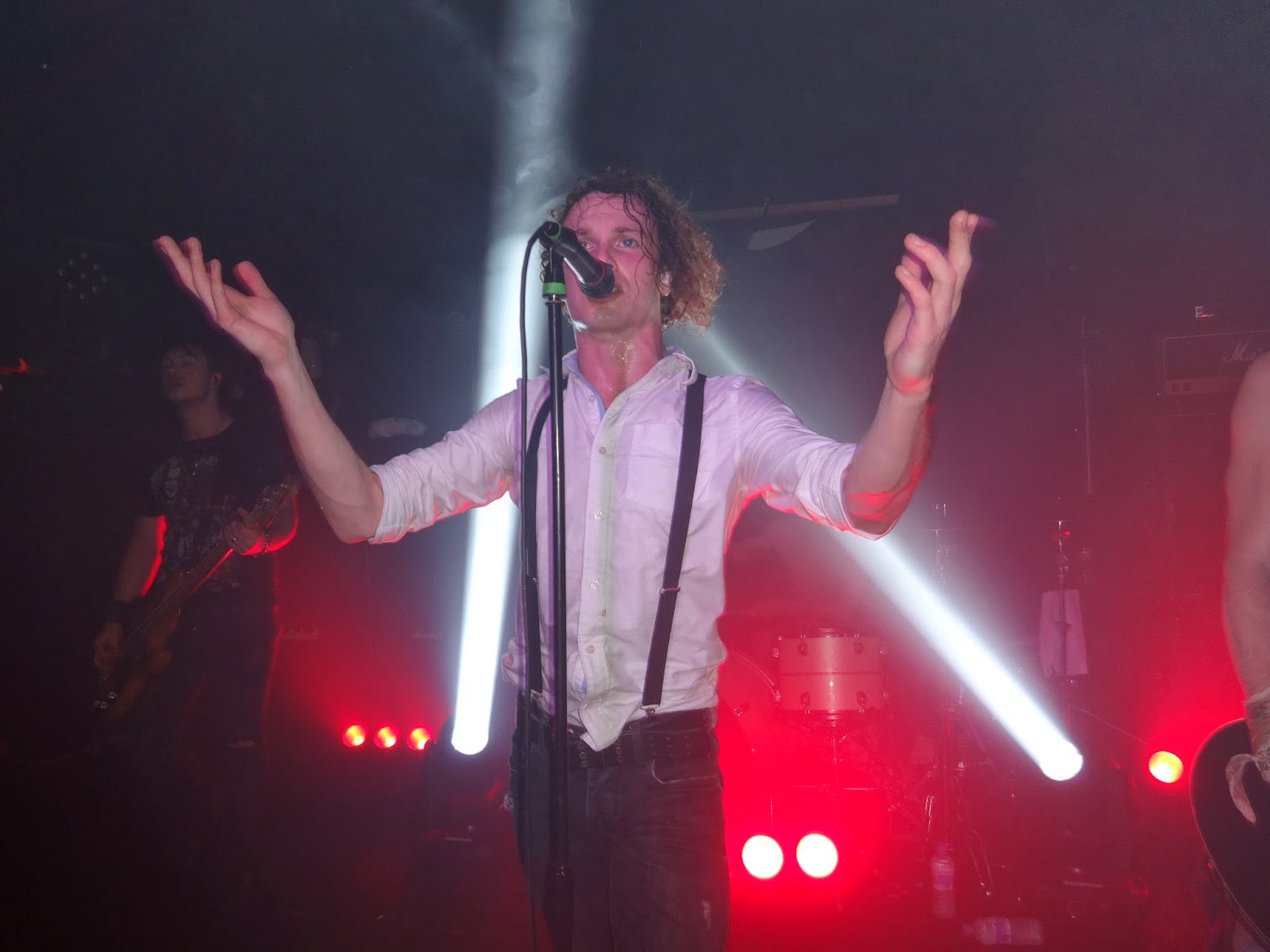 Their intro music was  A Perfect Circles – “Counting Bodies Like Sheep“ and unsurprisingly they launched into the anthemic “Welcome Home”. The band had a full array of coloured and powerful spotlights which created amazing backdrop to their performance.

The band were in full swing powering their way through heavy hitters “Fire Fire” and “Heartbreaking Son of A Bitch" ; the audience singing every word and enjoying every second of amped up guitar noise.

The Aerosmith swagger of  “Straight To Hell” gave way to the bluesy "Nothing Left to Lose" to the full on punky “I Am Electric”, before anyone knew it we were halfway through the awesome set.

Lead singer Aaron left the stage leaving the microphone in the capable hands of Sid to play Paranoia inviting the audience to join in with the words.
Aaron returned and the whole gig slowed down for a tear jerking performance of their ballad “The Price We Pay” which also showcased an amazing bassline ; the crowd were given time to recover from the frenetic pace of the gig.
The highlight of the show was “Jump Back” which during the epic guitar solo , Aaron jumped in to crowd and surfed his way to the bar before being wrenched back by the overzealous security; rock and roll stuff indeed.  The band ‘ended’ the main set on "Reign On My Parade" a non-Filthy Empire track which had a Gun and Roses feel to it.

The band momentarily left the stage and amidst chants of “basement” before returning for an encore which started with an rousing cover of the Rolling Stones “Jumping Jack Flash”. The gig ended on the amazing “Executioners Day” with its intricate guitar solos, QOTSA-like bassline and soaring chorus.  This gig proved not only how vital Heaven’s Basement are to the UK rock scene but how vital The White Rabbit is to the Plymouth rock scene.
Posted by Unknown at 14:26