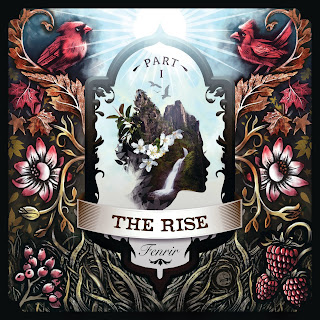 The Rise(EP) is kicked off with wonderfully titled "Tell my wife I said "Hello"" and it is obvious that the band know how to find a hook and work it the song is positively anthemic. Musically its fat riffage interspersed with weaving melodic guitar parts and prominent bass line. The band continue the formula with “Bones” a short but sweet song; “Hurt Hands” has a more indie feel to it and an interesting chanted lyrics.

The EP takes a break for the interlude titled "Einn" just over a minutes worth of pure acoustic guitar bliss. After the break the band are on it again with "Smoke Signals" which has the feel of a Lower Than Atlantis track.

The album ends on "Victory Rose II" which starts slowly as an acoustic ballad before exploding in a wall of noise for the chorus. This is a diverse and mature release from the band who are clearly crafting their take on the British Alt Rock sound. A must for fans of You Me At Six, Lower Than Atlantis and Mallory Knox.