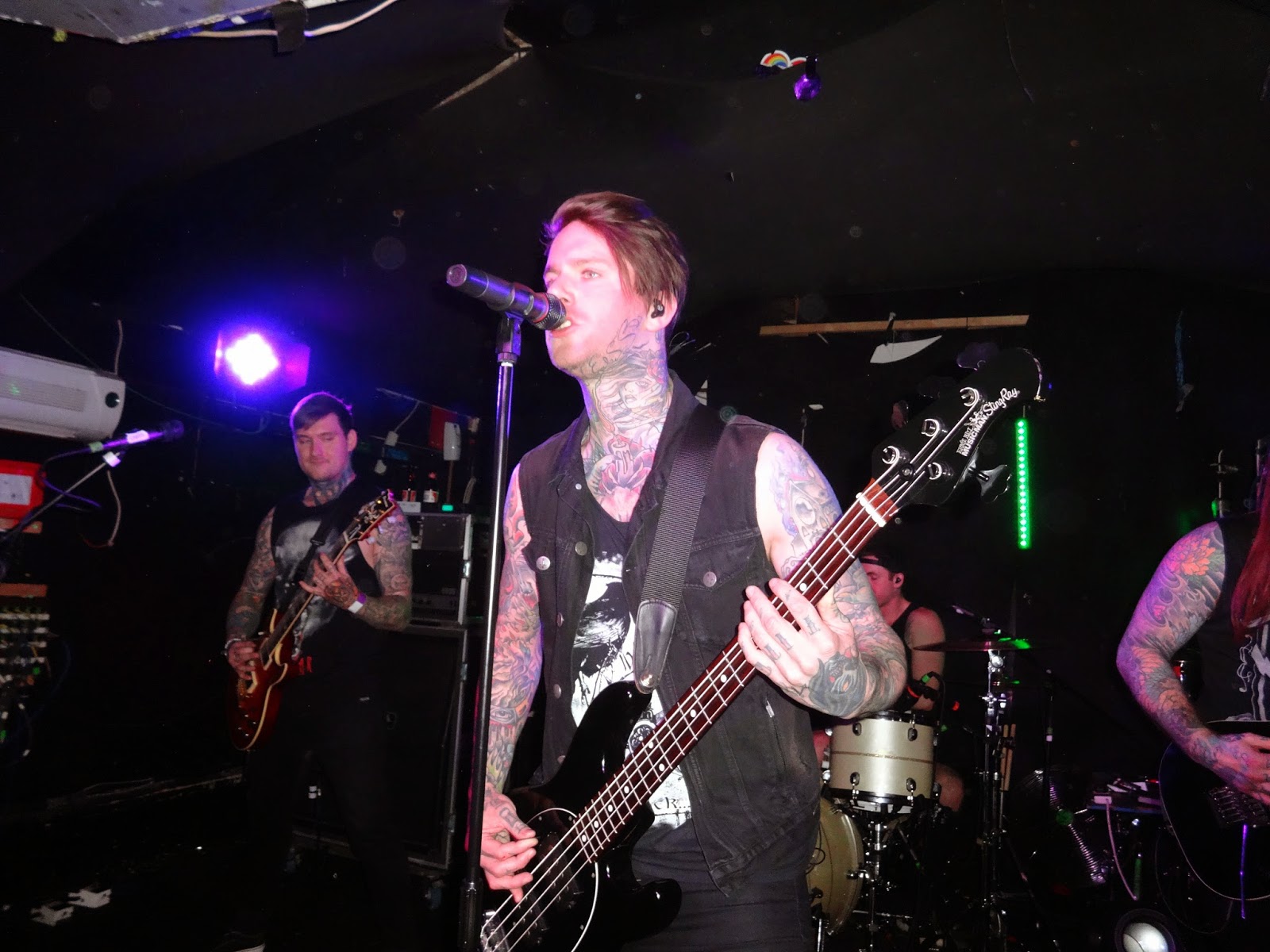 Glamour of The Kill are a four piece hard rock band from Yorkshire who have previously played the White Rabbit with Yashin.

When the band strolled on stage the first thing that was noticeable is that they look the part leather jackets, lots of black and tattoos. Lead singer and bassist Davey is incredibly photogenic and captivated the audience with his amazing stage presence.

The band launched into “Break” which combines heavy riffage and machine gun drumming; before Davey strapped on his bass and launched into "Supremacy".The band had an infectious metal attitude combined with a skill for writing catchy songs leaving the audience in awe of the power on display.

The highlight of the set was the epic "Second Chance" with its tight chugging guitars and catchy "whoa" refrains. The sound balance was perfect meaning you could hear every riff, bass note and word even when drummer Ben was pounding the drums like a man possessed.

As a curve ball the band played an awesome cover of “Love Gun” originally by Kiss a song so simply infectious it had the band chanting the words within seconds. The set was consistently tight with most song being played from their brilliant 2013 album "Savages" including "The Only One" "Live for The Weekend" and "A Freak Like Me".

The band finished their set on "Feeling Alive" an undeniably catchy party anthem which seemed apt as the band were in the mood for partying inviting everyone to drink till 2am when their tour bus was leaving.


Glamour of the Kill came, they played and they conquered the White Rabbit with their amazing technical playing and awesome showmanship. This is a band that can put on a real rock show; expect to see a lot more of this band in future.
Posted by Unknown at 14:23