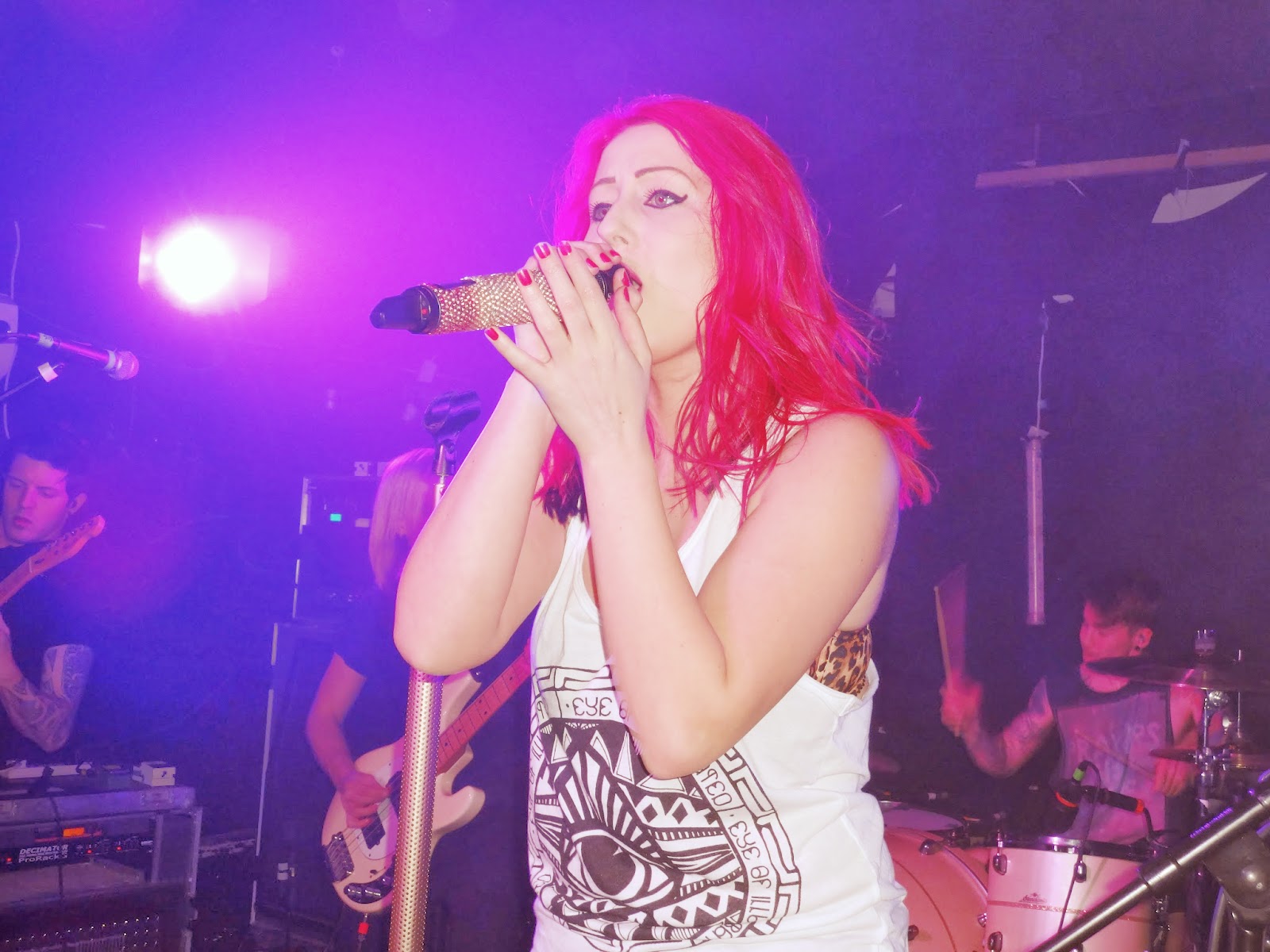 The White Rabbit was just filling up when The Dirty Youth hit the stage, a five piece female fronted hard rock band from South Wales.
As soon as the band started playing it was clear that they meant business with their potent mix of hard rock riffs and screaming solos from the uber talented lead guitarist Matt.  Vocally lead singer, Danni (with amazingly pink hair) has a similar sound to Hayley Williams (of Paramore) but with a lot more attitude, but musically the band have more in common with Skarlett Riot (who incidentally played on Heaven's Basements last tour) with a harder edge.
In their 25 minute-ish set the band played a clutch of catchy tunes and proved that they are definitely one to watch.  The crowd lapped up the set; afterwards the band stayed at the merch  table talking to everyone and signing cds. I don't think you can ask for much more from a support act.
Posted by Unknown at 10:52