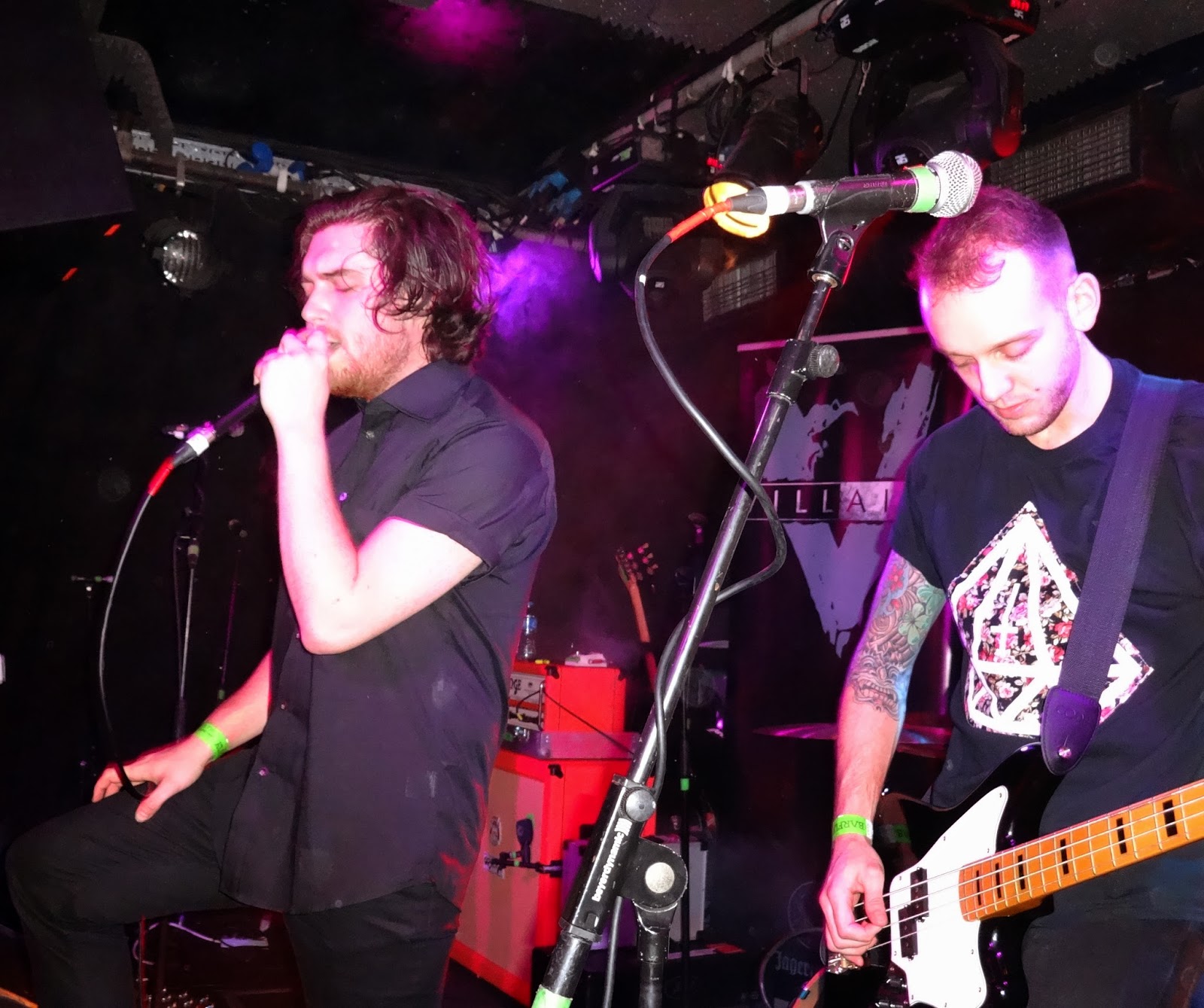 Villains are an up and coming Alternative band from Chelmsford who have previously toured with hard rock bands Soil and Fozzy. They were previously known as “Never Means Maybe” until they changed their name.

The Barfly was just filling up as Villains (8) hit the stage, lead singer Renz strutting around the stage trading banter with the audience and the rest of the band.  Their sound is a mixture of metal , post hardcore and punk influences all blended together. You can tell the band has been playing together for quite awhile as they are one solid unit.

The two songs which stood out were the single “The Fall” with its bright shiny guitar work, soaring chorus of “I will rise again”, and the frenetic fast paced “Come Out and Play” with its catchy chorus. Renz's voice has a melodic edge to it which compliments the chugging guitars. The band also contribute backing vocals creating great harmonies.


The band played of a slower paced heavier song "The Visions" which topped off a great set. Their sound is edgy enough to appeal to rock fans, but has a keen sense of melody, which should lead to airplay. The band left the audience in no doubt that they will hear much more from the band in the future.

Villains are set to release their debut album on 24th February 2014.

Check out our interview with the band here:-


Villains have a new single out called “The Fall” which is available here :-

And their new video is available here:-