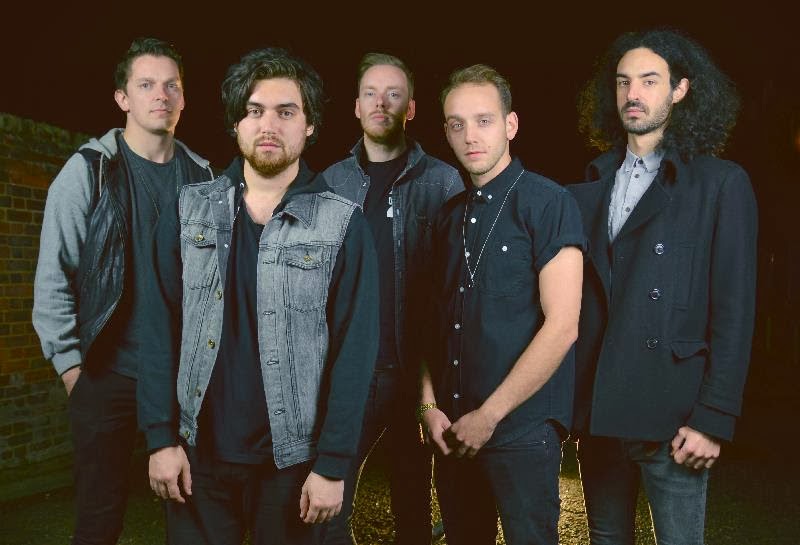 We caught up with Matt and Drew from Villains 4 an upcoming rock band from Chelmsford,on the 20th January 2014 before their live show supporting Blitz Kids at the Barfly, London. The band were previous known as Never Means Maybe before renaming to Villains in 2012.

PRS: We saw you briefly at the White Rabbit, Plymouth with American hard rock bands Fozzy and Soil in December 2012;

Can you remember what it was like at the White Rabbit?

Matt: Very Cramped! That was the show where we were sound checking, I was still wearing my coat and the sound man was like “yep you are on”.

Drew: He said we had five minutes, I double checked, he said “No, you are on, turn the lights down” and he was still sitting there in his coat. It was a great tour for us because we got to play to lots of people.

Matt: We got to play at established venues.

Drew: It was our first tour under the name Villains.

PRS: What was behind the change of name?

Drew: We had done Never Means Maybe for 7 years, did some amazing things and we had interest here and there, but nothing ever major, no record deals to sign or anything like that.

When we started the writing process of the album, we are now releasing, we were Never Means Maybe.

We thought to ourselves, it had run its course and the album that we were writing sounded like nothing we had done before, it did not sound like Never Means Maybe. We thought “let’s give it one more shot, re-brand, and release this album as a new band”.

Matt: I love our album, it sounds like a band, and there are different things on there because you don’t want to do the same thing over and over.

PRS: When is the album going to be released?

PRS: Any record label lined up for the album or will it be self-released?

Matt: At the moment it is self-released, I would love to be involved with record labels and all that kinda thing, but I would not want that to stop us putting music out. I am happy to put it out there and it is on our terms.

PRS: What do you think of the new renewed interest in British rock with bands like You Me At Six and Bring Me The Horizon forging the way?

Drew: I think its brilliant, a lot of British bands out there making steps into rock music in general.

Matt There has always been that audience there, people have wanted a big British rock scene, and it has not been there till now. You have so many great bands (in the UK) of different genres. Bands like Bullet For My Valentine, selling out arenas, I saw them supporting 36 Crazyfists in front of 200 people in Portsmouth and now they are at the arena stage, they are multinational and massive.

PRS: What are you influences?

Drew:As I say in every interview we do, All five of us listen to varied types of music, there are only a few bands we can all really really like, but I think that works in our favour, we take influences from all of them.

Matt: The best way to describe our sound it is what we would want to listen to, as it incorporates all our influences, it sounds like us and a band in one place.

PRS: How do you start the writing process?

Drew: The guitar are what we do first, they come with ideas and potentially songs.

Matt: Quite often it is whole song that one of us would bring to the table and we will pick it part at band practice and everyone has their input. I would not want it to be one person writing and others as session musicians, that’s not how it works, we are a collective and the reason we sound like we do is because everyone has that input.

PRS: What was your inspiration for the video for your new single "The Fall"?

Drew:  We met with the Directors and they brought some ideas to the table and this is the one we had our input in.

Matt: The songs called “The Fall” and the basis of the video is about taking “a fall”, an underground fighter taking money to lose a fight, although the song has nothing to do with that.

PRS: Will you be touring in the South West ?

Matt: Hopefully as I like playing down there, I was out tech-ing for Mallory Knox a few weeks ago they were doing Plymouth and Exeter and that lot. I would like to go to Exeter just for Ruby Burger (Restaurant). We are up for anything.

Drew: Finger crossed we will be touring in the next few month and we definitely playing in the South West.

Thanks to Matt and Drew for giving their time to do an interview with us and we will announce any local tour dates as soon as possible.

Villains have a new single out called “The Fall” which is available here https://itunes.apple.com/gb/album/the-fall-single/id793897055

And their new video is available here