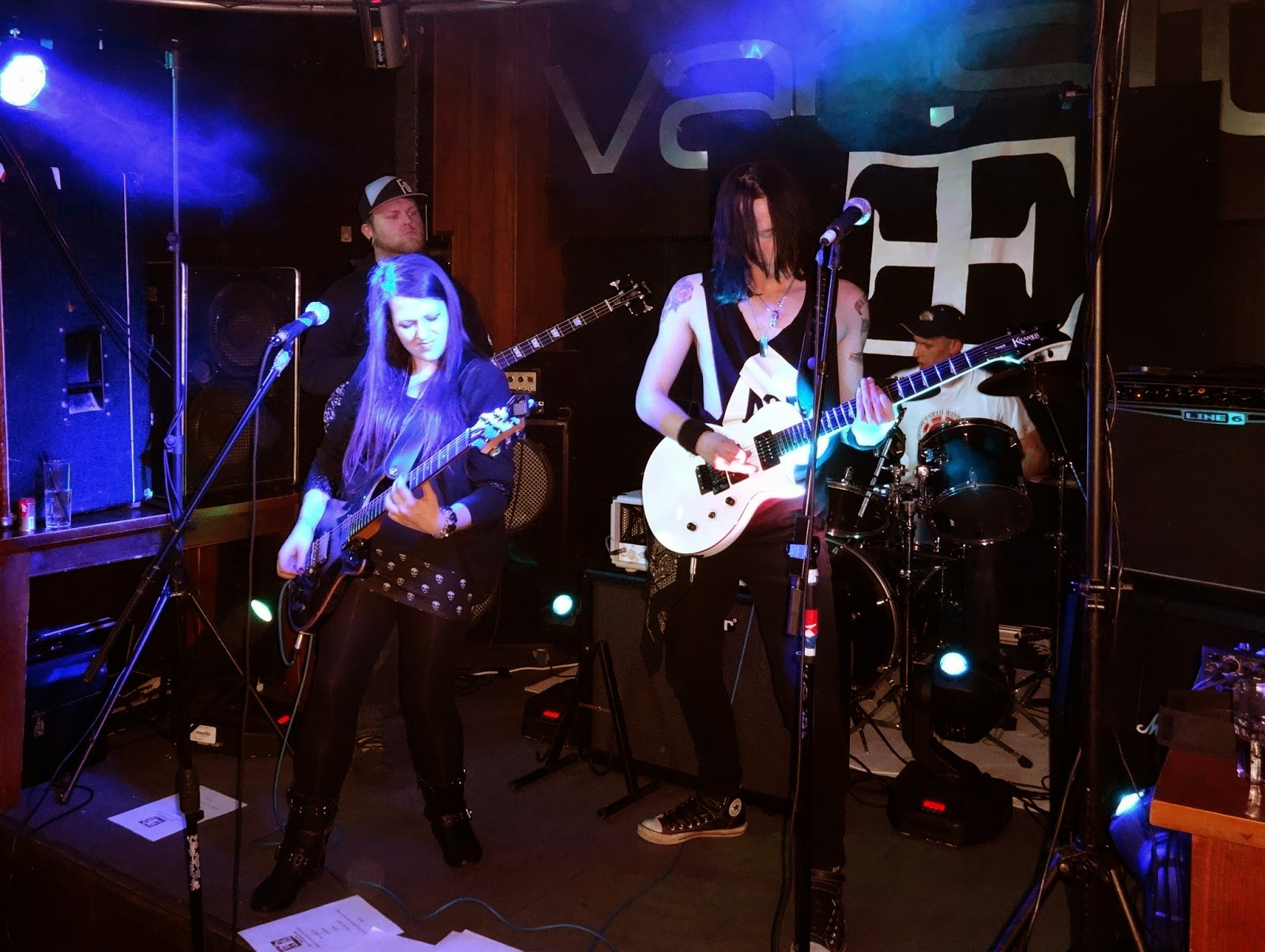 Embers of Eden are a Plymouth based female fronted hard rock band formed by two ex-members of Carnival of Crows:- Alex Dumbiotis (Vocals ,Guitar) and Oli White (Guitar); they are joined by Matt Avery (bass) and Chris Harding(drums). Whereas Carnival Crows' influences were blues related, Embers of Eden influences are definitely metal.

The oEsterjam gig is the first gig as a band and if they were nervous it did not show as they played flawlessly. The set kicked off with the incendiary "Call To Arms (Revolution)" which is both brutal and beautiful in equal parts and is so memorable it should be recorded and released as a single. 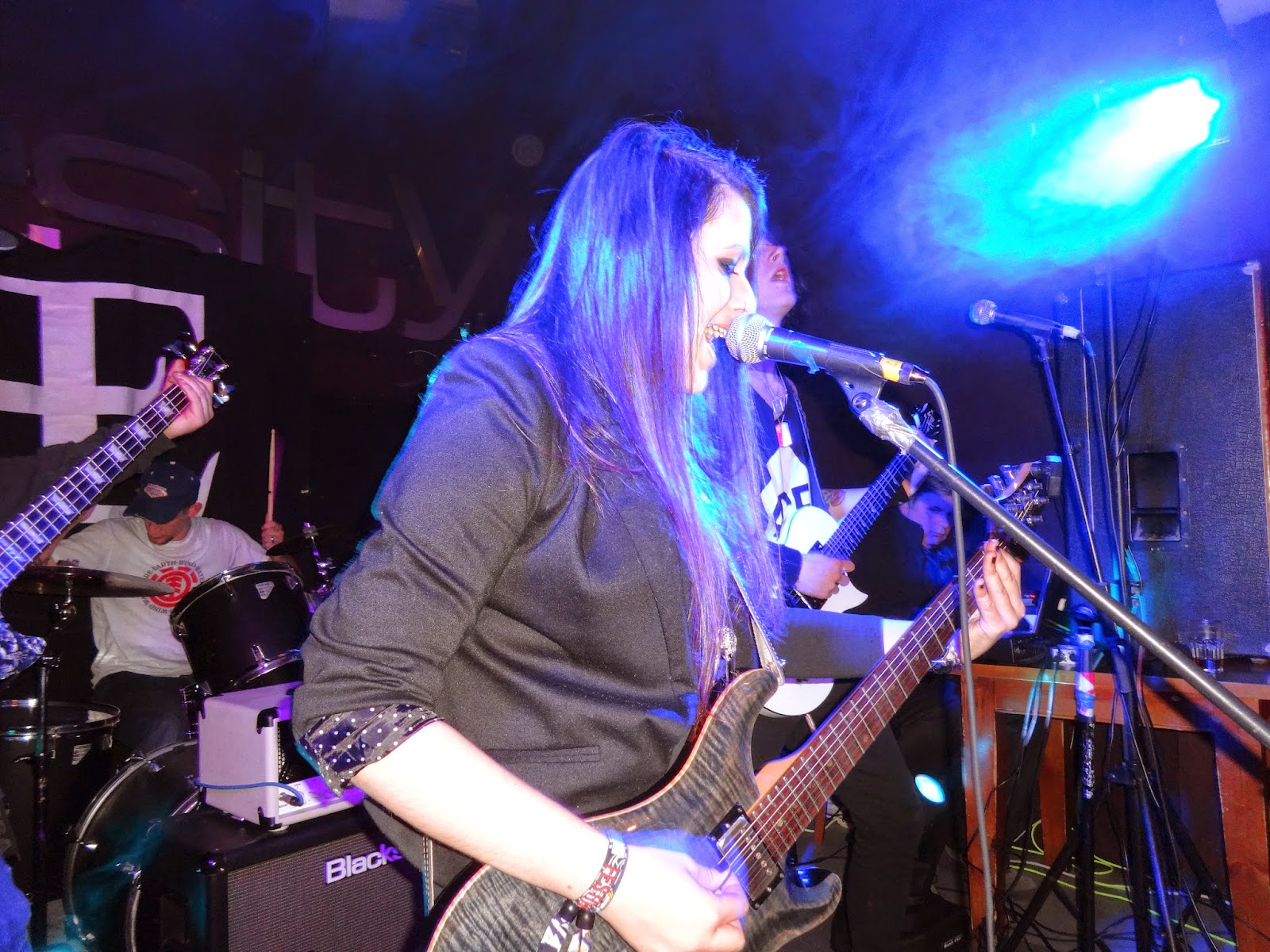 Musically they combine big metal riffs, powerful drums, throbbing bass with intricate guitar work topped off with Alex's smooth singing voice cutting cleanly through the intense soundscape. They have clearly been influence by early Metallica as well as modern bands such as Sevendust, Bullet for My Valentine, Avenged Sevenfold and Halestorm.

The set was consistently solid with tracks from the instantly catchy "Hate Me" to the heavier frenetic "Pull Me Under", and softer edged "Bleed". The changes of pace kept the set vibrant and exciting all the way through. 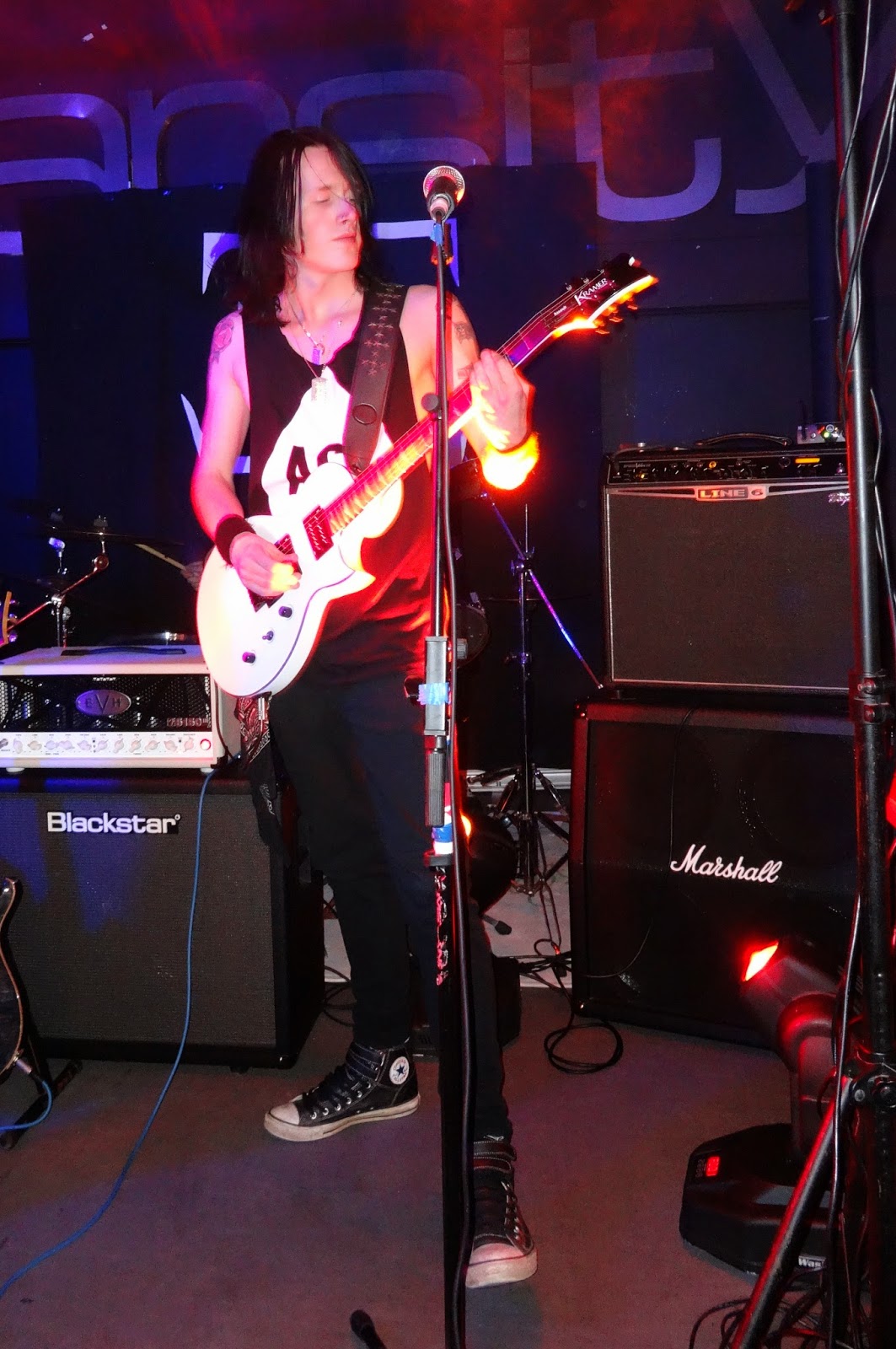 The band threw in a cheeky cover of Skid Row's "Slave to the Grind", which with female lead vocals was more enjoyable than the original.

The band have obviously put a lot of time and effort working on the new songs, which feature very incredibly complex guitar work.The songs are very catchy and despite being heavy are accessible even to those who are not fans of the bands influences.

If you get a chance to see the band in and around Plymouth's venues, take it, as it won't be long till someone recognises the talent on display and they will be playing much larger venues.
Posted by Unknown at 16:41