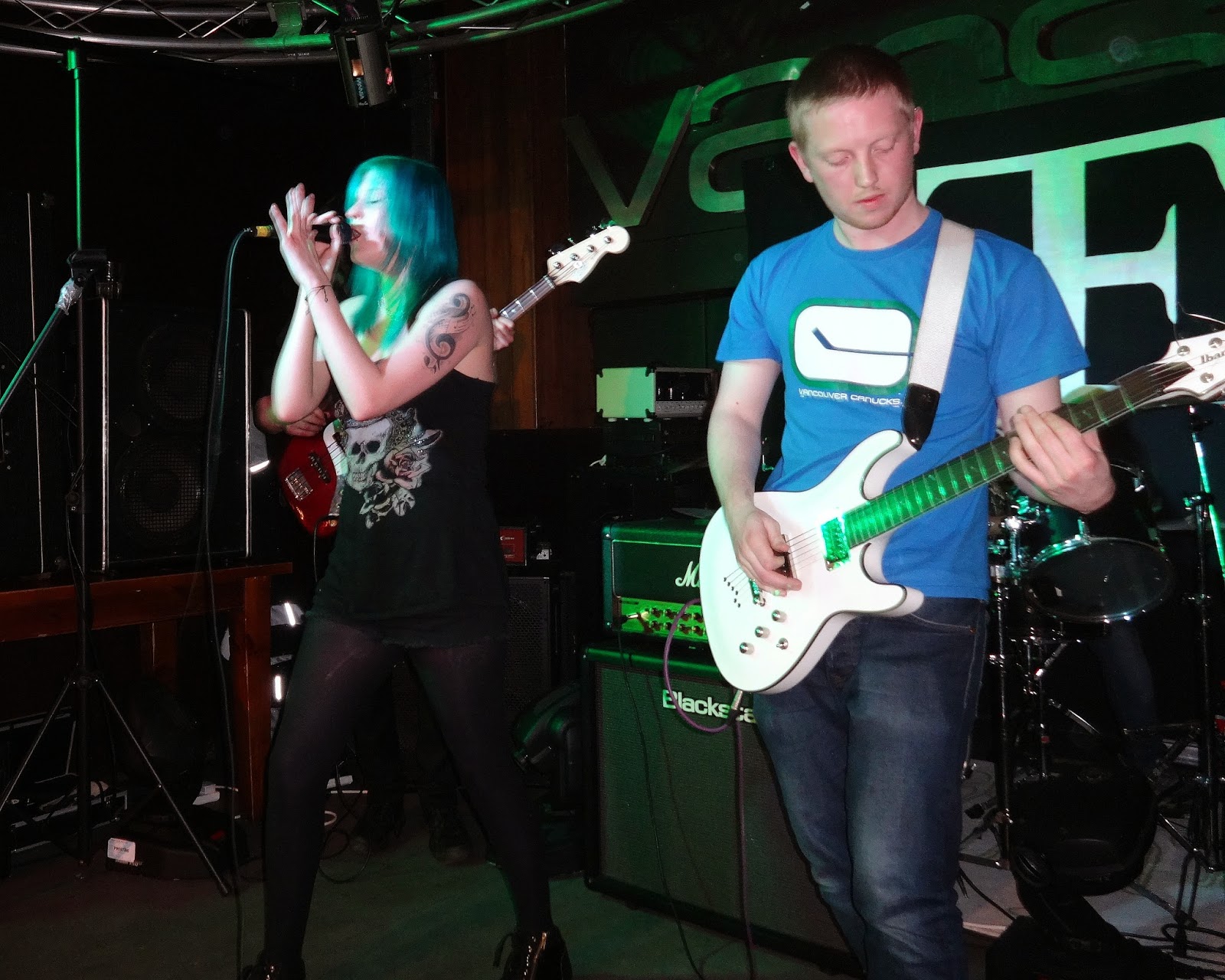 
The band kicked off the set with their song “Panic” and the first thing noticeable is lead singer, Sharly’s amazing voice which is comparable to Jenna McDougall from Tonight Alive. The highlights of the set were “The Passing” with its powerful beat and driving guitars and "Stand Up" with a extremely catchy chorus
The band played a cover of “E.T” by Katy Perry which in its original composition is unlistenable, but with amped up guitars and superior vocals it was a pleasant surprise. The band played a slower paced number "Fight Love Take Back" showcasing Sharly's superb vocals before ending on the high octane "Escape" showing that they can rock hard.

Musically they combine powerful bass lines, with fast paced chugging riffs and Sharly’s sultry swaggering vocals. The band has a fluidity and natural ease in which they play, drawing the listener in to their well-crafted and enjoyable songs
Posted by Unknown at 14:41