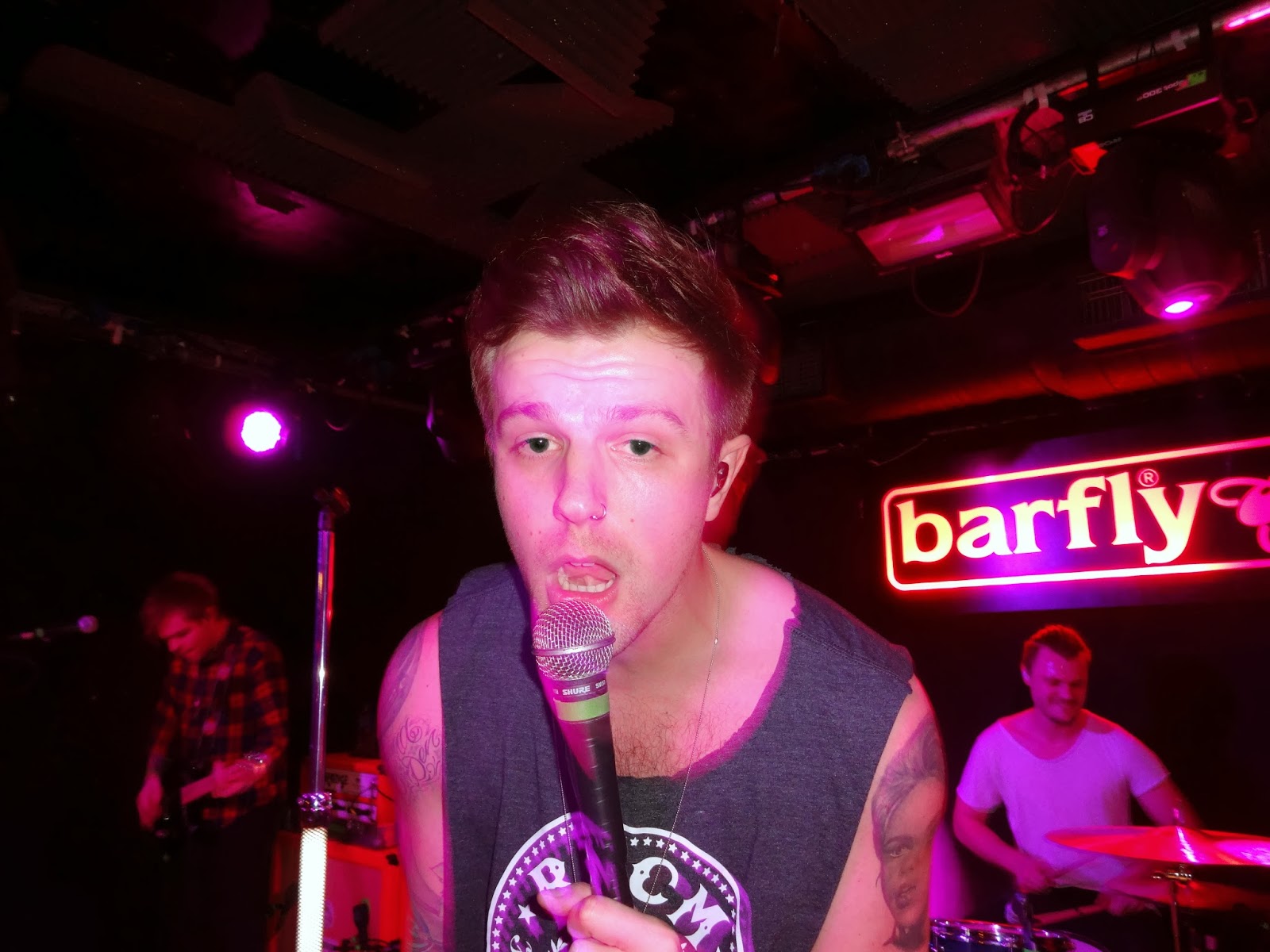 This was the second day of Blitz Kids(10) album release tour promoting “The Good Youth” and the Barfly was bursting at the seams.  The band were set to play the whole of the new album in order which was an exciting prospect.

After the brief musical interlude that serves as the introduction to the album, the band hit the stage with “All I Want is Everything”. The band played with enthusiasm, lead singer, Joey looking like he was born to be fronting a rock band, enthralling, charismatic and crazy. They ripped through the catchy “Run For Cover” and “On My Own” which had everyone joining in with the “No No No” refrain.

The crowd were in their element when lead single “Sometimes” started with guitarist, Jono supplying a complex guitar riff and Joey adding smooth as cream vocals. The band combines pop punk sensibilities with post hardcore riffs which leads to insanely catchy songs.

The highlight of the night was the electro stomp of “Sold My Soul” with it heavily distorted guitar riffs which could crush houses if played louder.  The fuzzed out bass line of the song travelling like a wave through the venue. Joey was possessed as he sang “Don’t try to save me, I have already sold my soul”. The room was thoroughly bouncing for “Perfect” which is a slice of pop punk, the venue floor flexing under the combined weight.

Joey declared that it was time to get sexy which signaled “Pinnacle” the marmite of tracks on the album. The song was transformed live with the heavier guitars and omission of the heavily “treated” vocal parts.

The album ended on “Lost Generation” which gave people time to reflect on the tour de force which was the set so far. The band proved that not only can they deliver the good on the records; they are even better in a live setting.

To cap of the night the band played two of their older songs, “Warrior” which sound like it should be a TV theme tune and “Never Die” which had the crowd back up to full bounce.


As the band exited the stage they met with the crowd, shaking hands, signing albums and posing for photos. If you get a chance to see Blitz Kids this year take it and you won't regret it.

Check out our review of support band Villains who supported Blitz Kids on their album release night http://plymouthrockscene.blogspot.co.uk/2014/01/villains-20th-january-2014-barfly.html

Check out our review of Blitz Kids - The Good Youth
http://plymouthrockscene.blogspot.co.uk/2014/01/blitz-kids-good-youth-album-review_10.html