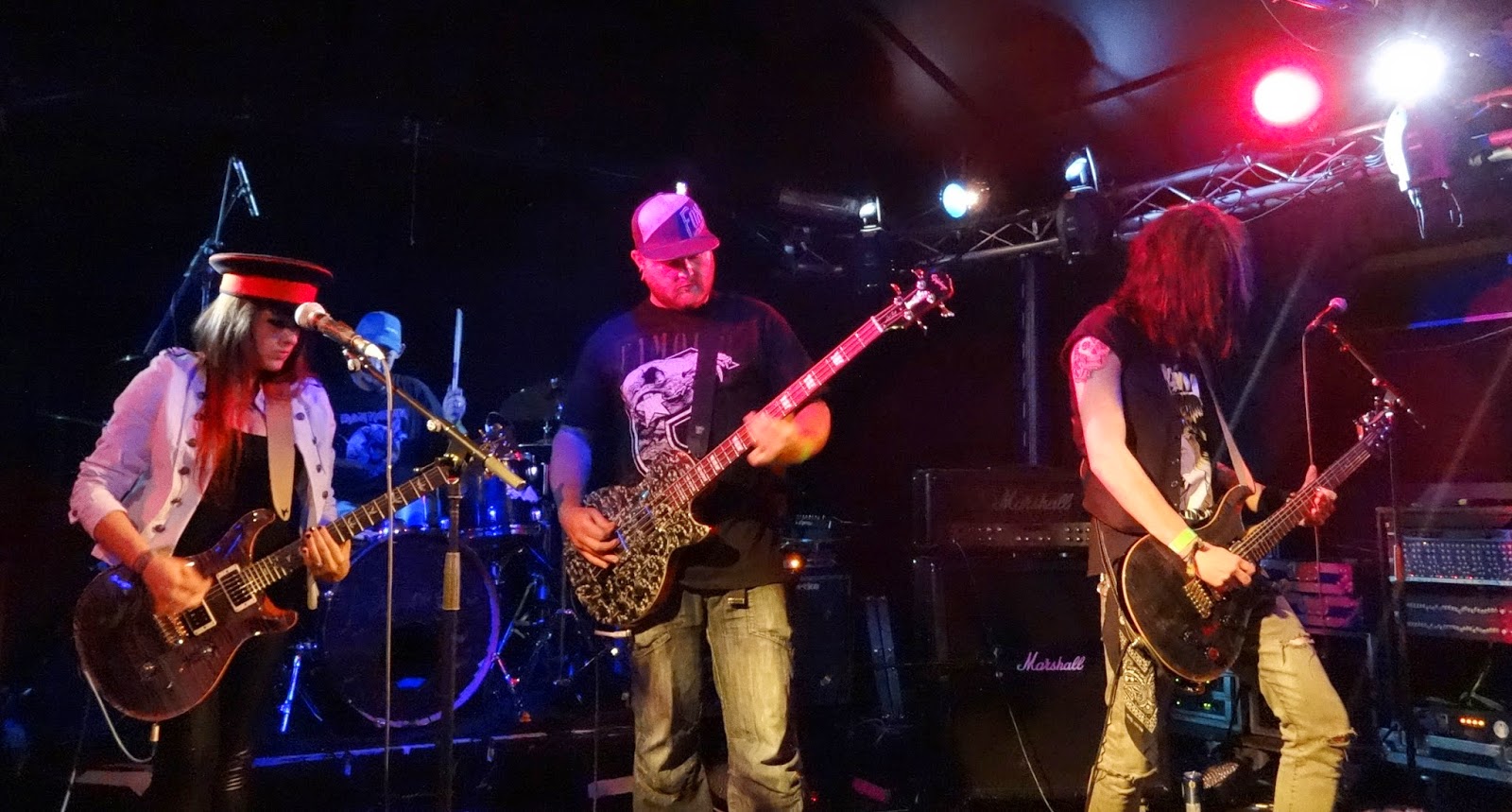 The set ended on "Decay" starting with a slow atmospheric introduction before seguing into a full on aural assault, the band bludgeoning the listener with pounding drums and massive riffs right to the end. The shouts of "one more song" rang out, only to be denied by a less than rock and roll punctuality obsessed sound man. Embers of Eden came, played and conquered the Hub.
Posted by Unknown at 14:23