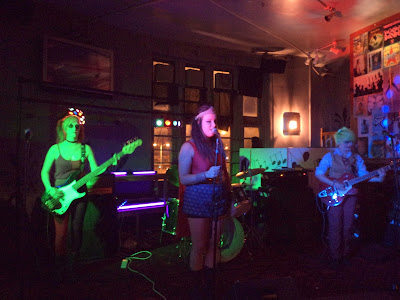 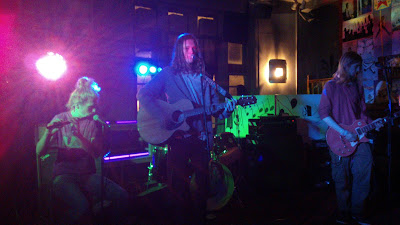 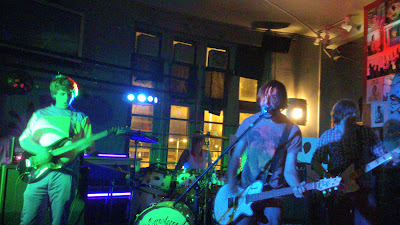 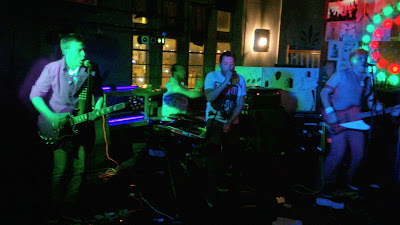 Completely out the left field they played a cracking cover of "Shipping Up To Boston" with gang vocals, and cool keyboard riff. The night was rounded off with their anthem "Modern Superhero". This is definitively a band worth seeing if they come to a venue near you.
Posted by Unknown at 21:17