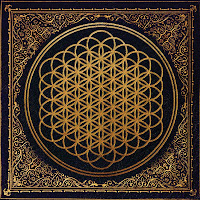 Lyrically the albums main themes are discontentment, anger and self-reflection. The use of the English language could be described as extensive and colourful. Rather interestingly the album is produced by Terry Date who took Deftones from the full on attack of Around the Fir to the epic White Pony. The comparison with Deftones are noticeable on the beautiful closer "Deathbeds" which is the perfect end to this is a very well-crafted album. A must for any hard rock fan (9).
Posted by Unknown at 14:02