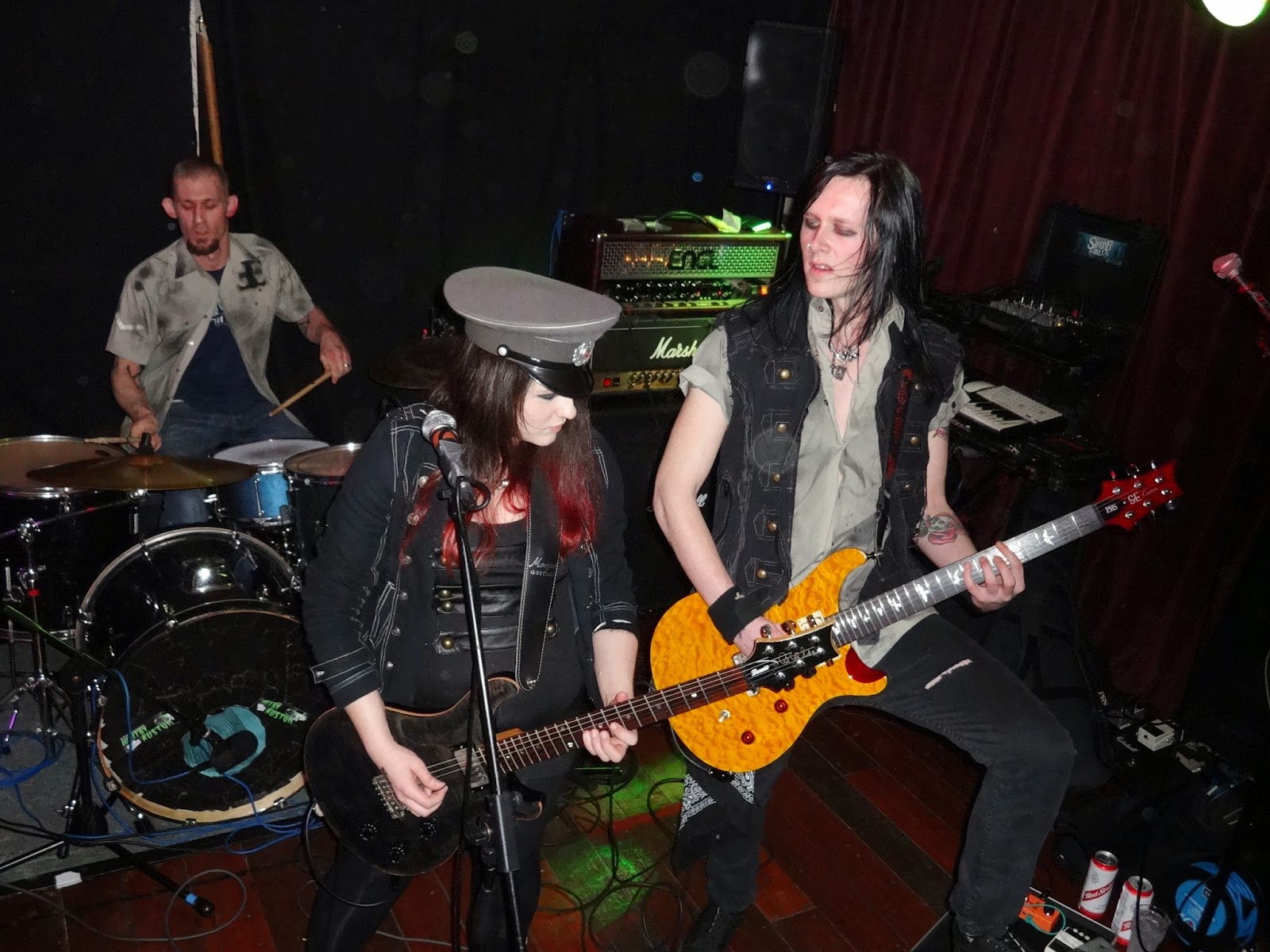 It was brave move by Alex Dumbiotis (vocals, rhythm guitar) and Oli White (lead guitar) leaving local twin guitar blues band, Six Shooter to form Embers of Eden; which with its downtuned guitars and metal sensibilities is on a whole different musical spectrum to their previous band. Completed by talented bassist Matt Avery and drummer Chris Harding the band are a force to be reckoned with.

This has already been a big year for Embers of Eden with the release of their new EP and an album on the way, their performance tonight contributes further to their reputation as one of the most talented and ambition female fronted rock band in the UK.

One major thing sets apart this band from other bands in the genre is catchy hooks without comprising the raw heaviness and musicianship. The band were versatile enough to make the best out of the raw gritty surroundings of the Tiki Bar ;a venue so authentic it lives and breathes rock, the kind of venue you would find underground in Seattle in the 90s. Because of the mix, lead singer, Alex's vocal occasionally got buried under the dual guitar attack but she came out fighting, singing every word with passion despite barely being able to hear herself think let alone sing.

The band showcased tracks from their new EP including "Decay", "Let Us Burn" and their catchiest track "Pull Me Under", they also played one new track "Survival" which had a Flyleaf kind of feel to it before ending with an epic breakdown. 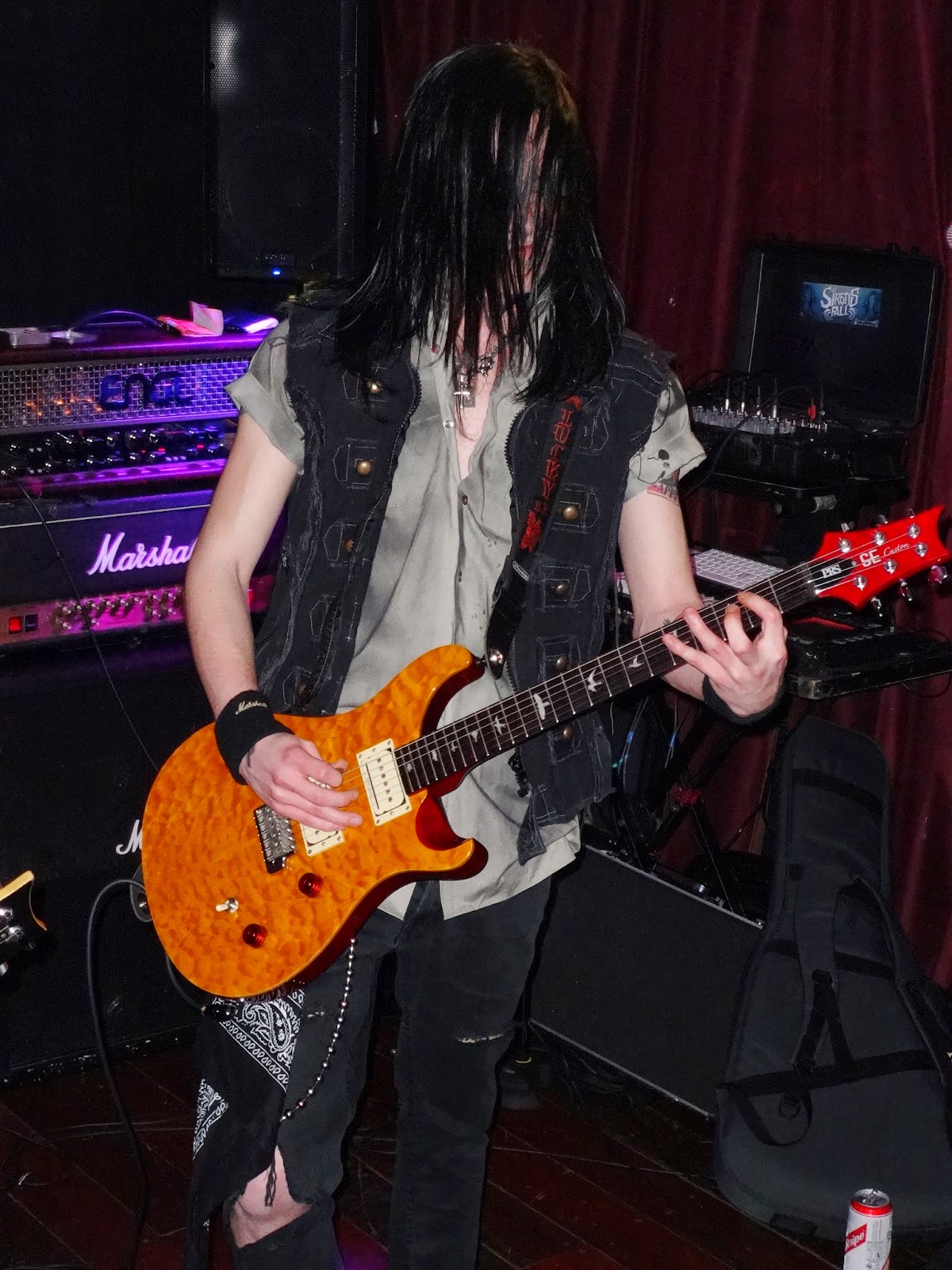 Lead guitarist, Oli (pictured left), was his usual shy retiring self showboating his amazing guitar playing skills while standing above the crowd; bassist Matt (pictured below), showed that he can contribute to the melody line as well as providing the ground shaking low end. The set ended on "Rise" a heavy track which got the crowd amped up for the rest of the evening ahead.

Hopefully we will be seeing more headlining gigs from the Plymouth four piece and the success they deserve.

Check out their Facebook page here
Posted by Unknown at 13:25