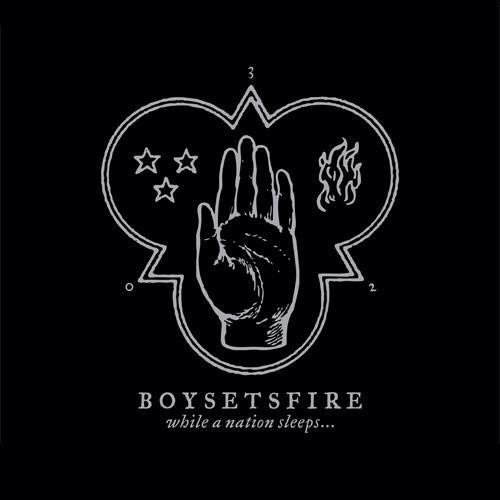 Boy Sets Fire are back and one thing that is apparent after seven years without a record they are still angry, trust me this is a good thing.

After a brief spoken word intro "until nothing remains" kicks off proceedings with a trademark shouted versus and sung choruses leading to the inevitable break down. The lyrics are still littered with the intelligent political rhetoric such as in "Head Will Roll" with its shout of "Fuck your prophets, fuck your holy wars."

The band has still retained their ability to write songs with catchy sing-along hooks and melody which is sometimes overlooked in hardcore. This is accentuated by Nathan Grey’s bolder much improved clean vocals.

If you were a fan of Boy Sets Fire on their last release you still will this is a band at the top their game.The album is tied together with sample of spoken word which I am reliably informed are from a piece called "The Dictator" by Charlie Chaplin, though instead of grating on the listener these piece provide a level of cohesion.

The heaviness has been noticeably notched up a couple of notches which is most evident in "Wolves of Babylon" and "Everything Went Black" which pummels the listener with metal guitars and screeches which would not be out of place of a straight metal album. The inventive guitar work puts their peers to shame and the band manages to keep up with Nathan Grey even at his most fervent.
The album closer 'prey' wraps everything up with Nathan Grey plaintive singing with softer guitars, this is Boy Sets Fire at their softest most beautiful and is a perfect ending to an exemplary record.
Seven years is a long time , many bands have come, many have gone but what Boy Sets Fire have managed to do is keep their fire burning and build on it to make one of the most truly passionate and technically brilliant records you will hear this year.